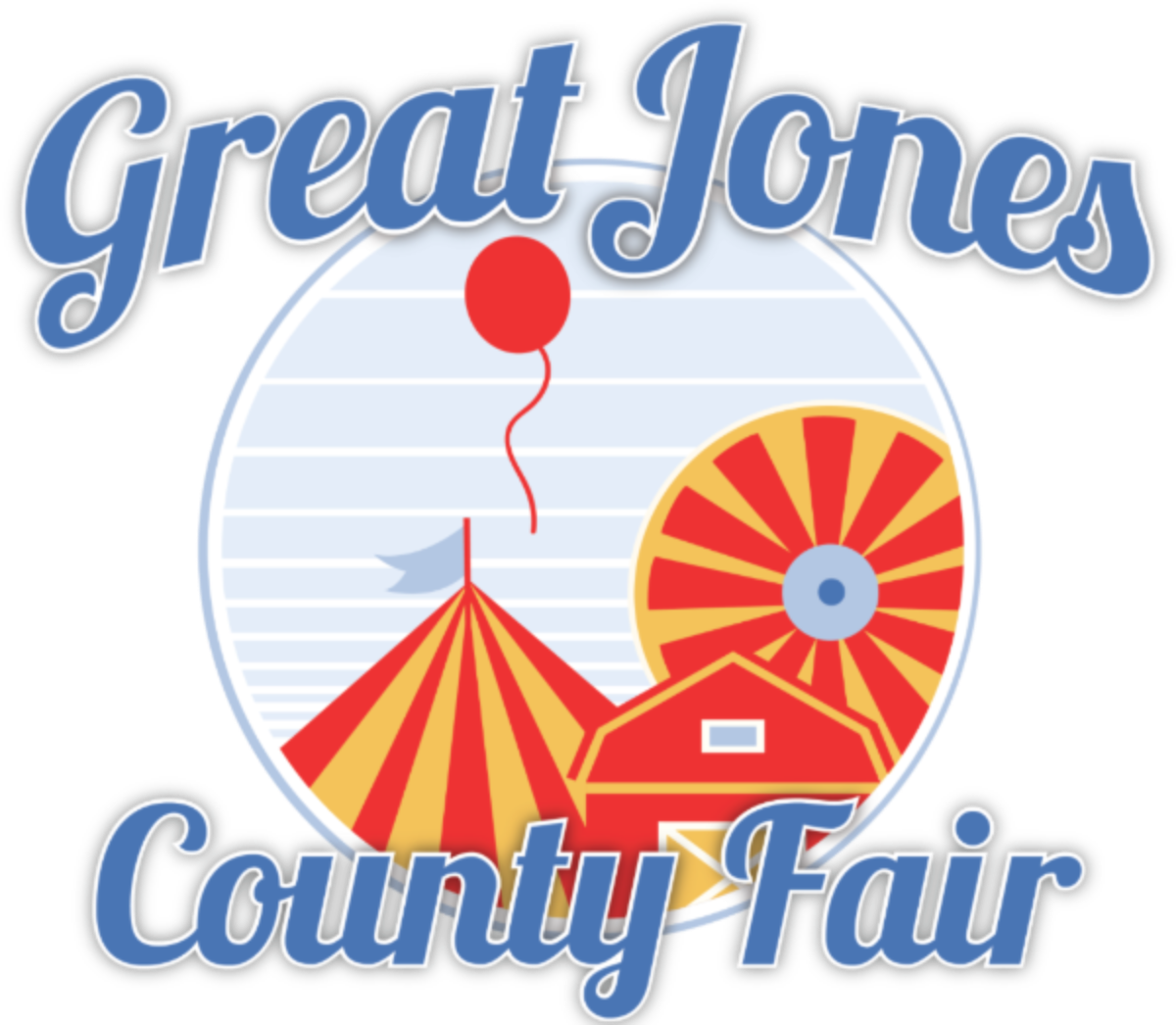 Life experience often serves to sharpen a songwriter’s edge and provide them with a more colorful palette to draw from when creating images with their music. Though she’s young, Lauren Daigle has lived a lot of life and those experiences—some challenging and others exhilarating—enrich her perspective and create her heartfelt worship music.

Blessed with a voice that is both smoky and sweet, Daigle has forged a unique sound that combines the soulful, heart-in-throat vulnerability of Adele, with the passionate fire to serve God that Daigle admires in Brooke Fraser. Her Centricity Music debut, How Can It Be, is ripe with the kind of compelling lyrics and engaging melodies that invite listeners to draw closer to their creator, and that’s just what Daigle had in mind.

“There’s a continuing theme on this record—trust,” says Daigle. “My heart’s cry is that people feel empowered as a body of Christ. It’s just heavy on my heart for all of us to rise up in unity and recognize the goodness of God. My hope is that people are empowered by knowing who they belong to, knowing that they are the son or daughter of God, and in response to that being able to worship fully, worship with complete abandon.”

In the quiet solitude forced upon her by this condition, God spoke. “The Lord began to just pour in passion for music, singing and writing songs,” says Daigle. “When I was six-years-old people would say, ‘What do you want to be when you grow up?’ And I’d say, ‘I want to be a singer.’ My mom called the house, ‘The Music Box,’ because I’d walk around the house singing all the time. But when I got older I went to this college prep school and felt I needed to get serious, so I thought I’d go into the medical field and do mission work. Then when the Lord brought me into that solitude I was like, ‘How did I get distracted from what my true passion is? I NEED to be singing.’ He really brought me through all of that season to pour in a passion for ministry and a passion for music.”

Once she was well, Daigle attended a charter school and completed a year and a half of class work in six months and actually graduated early. She took a year off from school, traveling to Brazil to do mission work, before enrolling at Louisiana State University to pursue a degree in Child and Family Studies, but music was always on her agenda. She led worship at her church, became an American Idol contender and sang on an EP a local band was recording. It was that gig that led to an invitation from Centricity Music to attend a retreat in Washington State. When the lead singer of the band had an emergency appendectomy, Daigle stepped in and immediately impressed label execs that encouraged her to come to Nashville.

“After the first week of being in Music City I thought, ‘Ok, I’m moving to Nashville!’” Daigle says of her current home. She began collaborating with local songwriters, sang background vocals on Jason Gray’s hit “Nothing Is Wasted” and landed her own deal with Centricity Music. She made her debut with the beautiful Christmas anthem “Light of the World,” which served as an appetizer that left fans anxiously awaiting her first project.

Produced by Paul Mabury (Brooke Fraser, Hillsong, One Sonic Society), Daigle’s How Can It Be is a compelling collection of songs that celebrate God’s faithfulness with a sense of wonder and awe. In the title track/first single, Daigle gives voice to the grateful heart inside every believer as she sings: You plead my cause. You right my wrongs. You break my chains. You overcome. You gave Your life To give me mine. You say that I am free. How can it be?

The project opens with “I Am Yours,” a powerful reminder of our worth as children of God. “It talks about being weak. Sometimes after a stressful week, we’re tired and drained but when we find security in the Lord and we can say ‘I’m yours,’ that’s when the strength is there,” says Daigle. “He constantly provides and He constantly pours it into us. As I was writing, thinking about how I wanted the structure of the EP to go, I thought it would be awesome if people could immediately recognize their place in the Lord. I wanted the project to start off with this song to really encourage people, even if they’re not Christians, by saying, ‘There is a place for you as a child of God.’”

Daigle penned “Trust in You” with Mabury and Michael Farren. “‘Trust In You’ came from a series of transitions in my life,” she explains. “My grandfather had just passed away and he and I were super close. When I lived in Baton Rouge and went to LSU, I lived with him. He was so much fun and one of the most influential men in my life. He was the first person really close to me that I had lost. I was telling Michael Farren about it and he told me about a book he was reading by a man who once worked for Mother Teresa. Upon arriving, she said, ‘Is there anything I can do for you? And he said, ‘Yes, you can pray for me. You can pray that I have clarity.’ And she said, ‘No, I am not going to pray that you have clarity because clarity is the last thing that’s holding you back.’ He said, ‘Mother Teresa what are you talking about? You have had clarity your whole life.’ She said, ‘No, I’ve never had clarity. I’ve only had trust.’ When I heard that, I knew it was not about seeing the big picture. It’s about trusting that the Lord is going to be there for you.”

“Come Alive (Dry Bones)” is an evocative song that showcases the power and passion in Daigle’s distinctive voice. “I wrote that with Michael and it’s from Ezekiel 37 where the Lords tells the dry bones to come alive,” Daigle shares. “We all have times in our life when we feel things are dead, but I have to remember I have the power in me through Christ that can create anything from dust.”

Each song carries the listener on a worthy emotional journey. All Sons & Daughters joins Daigle on the impressive “Power to Redeem,” while “Salt & Light” is one of Daigle’s favorites. “I wrote the song in my old apartment and thought, ‘Ok Lord, I just have so much joy in my heart that I want to make sure that my life brings a beautiful song to you. I want my life to sing to you,” she says. The album closes out with a bonus track, “Light of the World,” the inspiring Christmas anthem that has become a fan favorite.

In a short time, Lauren Daigle has made an impressive mark on the Christian music scene. She appeared on Jason Gray’s Christmas tour and opened for Aaron Shust on the Morning Rises trek. She sang with Hillsong at a mega church in Birmingham, an experience she’ll always treasure, and leads worship three or four Sundays a month at Atlanta’s North Point Community Church, pastored by Andy Stanley. She has a heart for victims of human trafficking, a cause she has given her time and energy to since her college days.

Lauren Daigle has a passion to see lives changed and knows that music is a powerful vehicle. “I hope that as these songs hit peoples’ ears, they don’t hear my voice, they don’t hear really good production, so they can say, ‘Whoa Lord, I’m encountering YOU right now,’” says Daigle. “That’s my heart’s cry for How Can It Be. That people are moved and lives get changed because they get to encounter more about God and see His character.”

One of the hottest rising acts in Christian Music paired with the biggest name in Christian music at your 2018 Great Jones County Fair. Get your tickets, bring a friend, and join us on Sunday July 22 for a night of Christian worship with Lauren Daigle and Casting Crowns!